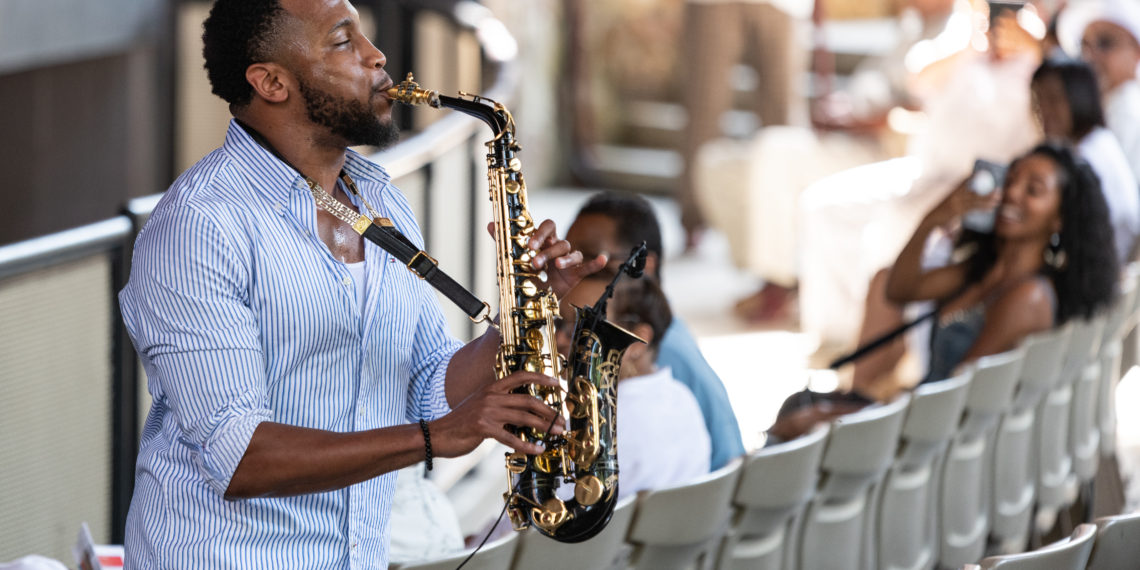 FIRST AND FOREMOST!!!!! I’m not knocking anyone who has a 9-5 job nor am I attempting to influence someone to quit their job and pursue their dreams. But I have to tell MY story. If you take something away from it and can apply a lesson or principle to your life, you will be better for it. My Mom always told me, “If you fail to plan, you plan to fail.” That’s something I’ve always taken with me. So hate it, love it, or feel indifferent about it…here is my story of how I became a full-time musician. I always got that “itch” when it came to having to work for someone to be honest. I hated the feeling of asking someone if it was ok that I used the bathroom or went on a lunch break. Those literally were the two things that irked me to no end.

I first felt that sensation in high school. I got a job, like any other kid that wanted to make some money, at Winn-Dixie Grocery Stores. I worked when I got out of school and scheduled those work hours outside of my extracurriculars. The uniform was a plain one: black pants with a white-collared shirt with a black W.D. apron. I was the stock, bag, and cart boy.

I’m talking sweltering heat in Tampa, FL during the summer y/all. Mean a** customers who it seemed like made it their personal job to make sure you didn’t enjoy yours. I knew there was more in life than what I could see!! (lol).

To put it into perspective, when I got my first job, I was playing the saxophone for about three years. I made little to no money with music and only dreamed about when that day would come that I could up-and-leave my job to tour around the world. But it seemed like I was always a dollar short and a day late. I practiced often and was starting to be known in my hometown, but I couldn’t see how notoriety could translate to a 2 week notice to my boss that I was out of there! I continued to work for someone else during college (2007-2011) and through 2012 after my first year of moving to Atlanta. At the time, I played at all the open mic spots in the city. I hustled like I never had before when I moved to the “A.” Simultaneously, I was then working at Office Depot unloading freight trucks at 6 a.m. Stop to think about that. Open mic nights usually ended around 1 a.m. and I had to get up at 4 a.m. to catch a bus to get to work. The struggle was real.

I remember my parents visiting me in the fall 2012 and that was my turning point/come to Jesus moment. My mom was emotional, and my Dad blatantly said, “Son, I need to see a return on my investment.” At that point I’d been playing the saxophone for 11 years. Gigs here and there but nothing consistent. It was time that I made a life change.

The first step for me to gain steady income from music was to be clear at the direction I wanted to go. Let me be specific. I made it paramount that I reminded myself I wanted to be an artist. I wanted to be in the spotlight. I knew that would come, but I had to speak it to see it. All of a sudden things started to change.

I picked up consistent work in a corporate band and started to play every Sunday at a church in Atlanta that put me on payroll. Those two events alone surpassed what I made at my 9-5 job. But before I quit, I lived off of music solely for 6 months straight and DID NOT TOUCH the money I was making at Office Depot. I wanted to see if I could truly balance my lifestyle/spending habits to make this thing finally work. And it did. At the end of 6 months, I was able to cushion myself for life to happen, and I finally resigned in 2013 from my retail job and never looked back. I grinded. Worked my tail off to start a band, increase exposure, and eventually became that Artist the I dreamt of being. It wasn’t easy and most things that are worth having will not be. But if I quit at any point during the beginning stages just because I couldn’t see when or didn’t know how/when my breakthrough was coming, I would have missed out on the ability to touch lives through music. From releasing a hit single that was on the Billboard Charts, to opening for professional sports teams to being on a world tour, it wouldn’t have happened if I didn’t have a plan and more importantly the execution to get it done.

If you are wanting to follow your dreams and quit your 9-5, trust me no one WANTS to be a starving artist. I would recommend before leaving your job, test living off of that dream financially for 6 months and grind like there’s no tomorrow to make it happen! All the while, you are still working that job to save money for when you can walk into your purpose. There’s no ONE WAYto make the transition to be a full-time entrepreneur, but this way worked for me and I  wanted to share my story to encourage, uplift and maybe inspire someone to find a plan that works for you!